Meaning through aesthetic and mathematical play - as I get further into thinking about my dissertation, and specifically thinking about the web created between artist, materials and tools. One key element of my practice, that has become apparent to me, is how the beginning of any project typically has a paradoxically focussed / unfocussed nature, and that there is an important element of play in understanding, what it is I may be creating - even more so why I might be creating it.

There is a danger that this is some sort of post-hoc rationalisation of my practice, yet there are key elements within it, that suggest this isn't the case, and that whilst externally it could seem to be a scattered and random walk though ideas, there is more structure to it than it seems. There is a sense of letting my intuition guide me, and to trust in the directions I'm taking - even when they seem to perhaps not go in the direction I am expecting.

Typically a work starts in one (or more) way(s), these generally are, an interesting aesthetic form, an interesting mathematical pattern, or even an interesting coding idea I haven't seen before. What immediately becomes important is creating a way of playing with this - usually writing some code, and trying it out. Of course some ideas, fail at this stage, or get put aside for another day, or quite often, added to the list of things that are not as interesting as I thought they might be.

A couple of good examples are as follows, recently I've been working on a project to create an art based focus timer, to help me concentrate and study / work more effectively. I've recently discovered the work of Manfred Mohr, and as a short exercise in understanding some of his work, have looked to take his work P-112 "Lady Quark' as a seed for some new ideas. Whilst still at the early stage, byt taking on board the algorithm, immediately suggest permutations and new possibilities that I can explore.

At this stage, this work is still in the playful stage - it's not yet fully formed, and it's not something surprisingly new or original, but I can sense the beginning of possibilites, and think about where I might take it next - it so far, still feels like an interesting route to follow - but I can't fully explain why. 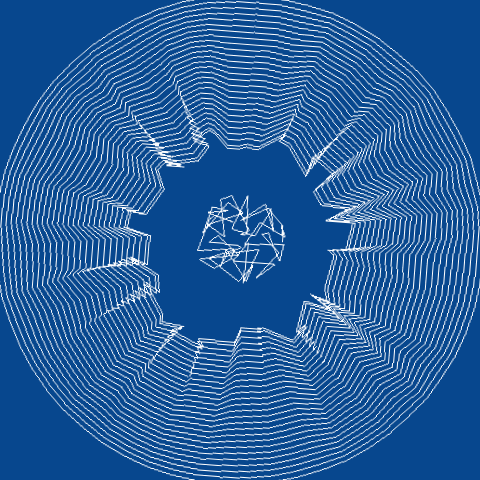 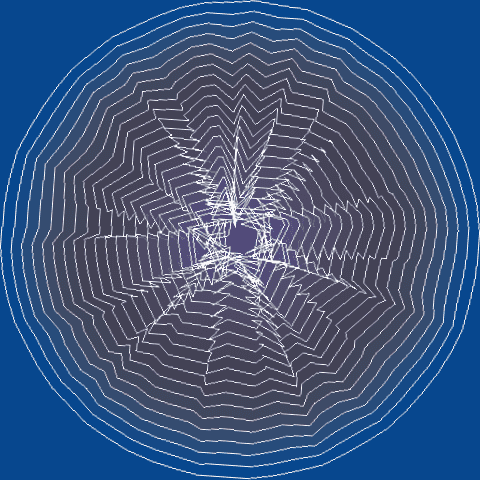 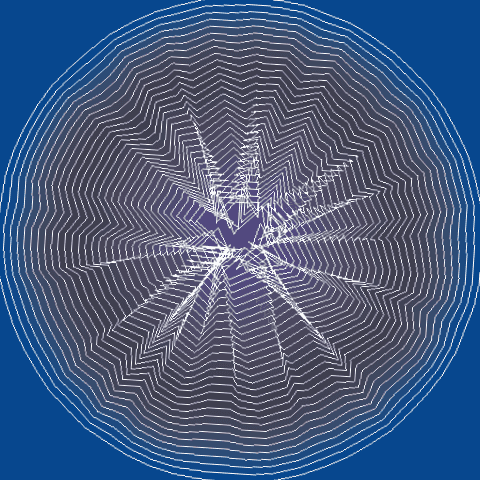 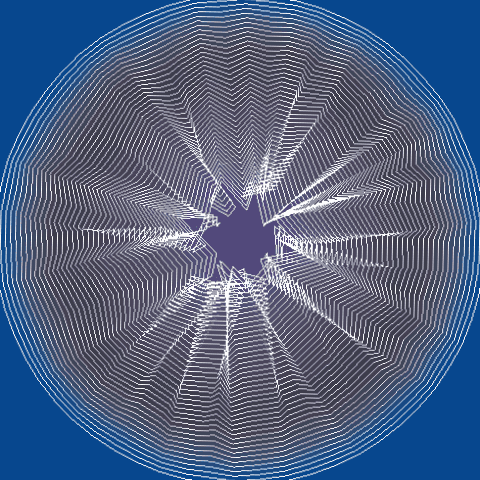 First Outputs from V112 - designed for a round display

A more advanced example would be the Plagioclase series I started in the autumn of 2020 - it was based on an assignment for Workshops in Creative Coding in 2019, which attempted to recreate an image provided, that showed interesting repetitive behaviour.

I decided to take what was a 2D process, and move into something more three dimensional, rather than drawing lines between random points in a circle, I moved to using a sphere. Something that also allowed me to try out some approaches to distributing points equally over a sphere.

In an early coding error - I had forgotten to clear down the image between frames, and as I rotated around the created shape, I began to "paint' more interesting images. This created a new area to explore, which would eventually come to take a significant life of it's own. As I worked on these images, I found they were starting to capture more and more interesting elements - to the extent that many of the images in the series now exist of as abstract portraits of friends and family. 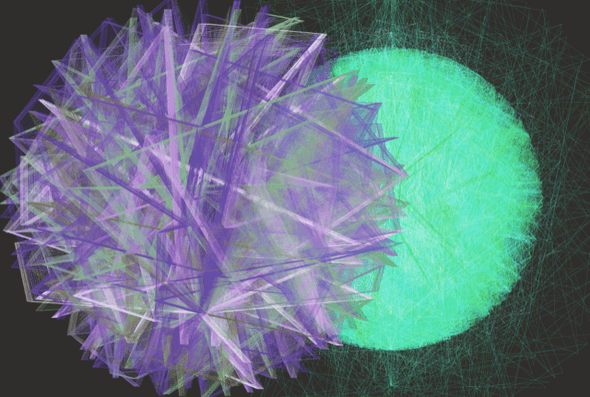 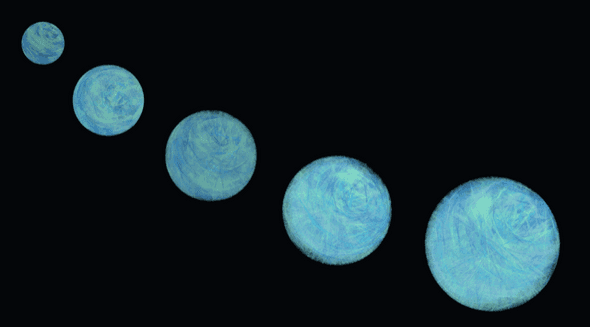 As I move along this path, it becomes more and more obvious to me that despite the importance of the final works created, because of these playful processes, the true form of my practice is the code generated, and the version control through git, and recoding of these experiments. At this stage, I'm not entirely sure what this means, but it becomes a very interesting are to explore and situate as part of my dissertation this year.